Happy Wednesday! BaddaBing BaddaBlog is back bitches! We died a little bit going into finals week and the month leading up to it, but somebody used a Phoenix Down and now 4B is ready to go for the gravy! Also, I’m about 30 hours into Bravely Second, so expect references like that to become a bit commonplace. In the meantime though, here’s a Pop Culture Wednesday post dedicated to a cartoon that was so kick-ass it had to be cancelled, Teen Titans………..and by extension the infuriating remake/re-imagining thing Teen Titans GO! Before we start, I just want to give a quick shout out to one half of Blair Huggles for inspiring this post. Thanks dude! Alright, let’s do this.

I have said it before and I will say it again, DC does waaaaaaaaaaay better than Marvel when it comes to television. When it comes to movies…….not so much. I’m still marination on everything I want to say about BvS, but you can expect a post about why that movie didn’t work sometime in the near future. Today, though, this post is dedicated to the tragic awesomeness that was Teen Titans. 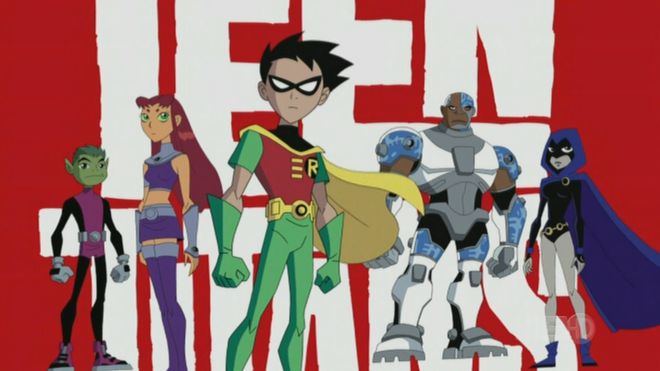 This cartoon nailed it from the ground up. The basic premise of the program revolves around a team of teenage superheros fighting crime and super villains in a quirky half comic book half anime aesthetic, while repeatedly dealing with and confronting their own weaknesses, short comings, and flaws. The show’s ability to be humerus, heartwarming, and action packed all within a single episode is bar-none and truly a representation of the thematically diverse stories comics can tell.

And then it was cancelled, out of nowhere, on a cliffhanger that involved one of the more interesting characters in the show maybe coming back to life. This cancellation was made, to the best of my knowledge and after a fair bit of research, for literally adequate reason! Cartoon Network execs didn’t like the pitch for the sixth season pitch and decided to cancel it. Apparently the execs didn’t like the direction the show was heading. Which is doubly frustrating considering we got THIS a few years later. 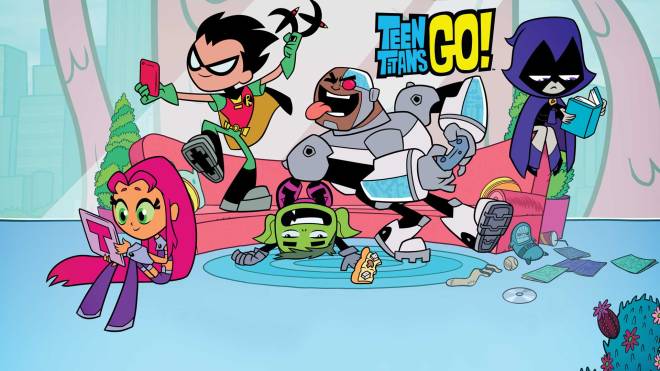 God damn it all.

This fart joke infused, lowest common denominator of a comedic cartoon is the direction people in power at Cartoon Network wanted the show to head in. This show is not good at all; I suppose it’s passable by modern Cartoon Network standards, but it does not even deserve to be in the shadow of its predecessor. I do not like this show whatsoever; primarily because it gave me hope that the Teen Titans that I knew and loved would be coming back, only to take a colossal dump on it.

To be fair, I am being hyper critical here. The show has actually been pretty upfront about it being a let down to fans of its predecessor and has actually made some clever jokes for fans of DC comics. I’m just upset that when kids think of Teen Titans nowadays, they think of GO! instead of the better version I experienced. Damn, I got old.

Maybe I’m looking at the old show through rose colored glasses, but it really is stellar and a benchmark in DC’s incredible animated catalog. And I suppose that GO! can never really ruin these characters for me (despite it trying unexplained hard to). Sadly life is full of small concessions and I guess the untimely end and reincarnation of Teen Titans is just one of them.

Wow, that’s a bleak way to end, buuuuut here we are. I hope you enjoyed this post and if you did please leave a like and/or a comment down below. If you want to stay up to date with 4B, you can subscribe via email in the upper right tab. Alternatively, you can like the official BaddaBing BaddaBlog Facebook page or follow me, @LucasDeRuyter, on Twitter. I hope all of you have an awesome rest of the week and be sure to come back here of Friday for the next installment of Game Grind. I’ma geek out about Overwatch!!!