Happy Saturday BaddaBing BaddaBlog readers! This is Game Grind! The place where any and everything in the video game industry and community is fair game for appreciation, examination, and criticism. Let’s see what’s going on in the amazing world of video games this week.

Looks like today’s article is going to be about crowd funded video games, the problems that they can suffer from, and the impact that has on the gaming industry as a whole. Cheery  -_-

Mighty No. 9 is a game that I, and many other people, were looking foreword to playing in the near future. Mighty No 9 is a game that very heavily resembles the Mega Man series of games and is the product of Keiji Inafune, the primary illustrator for many of the Mega Man games, Inti Creates, and is being published by Deep Silver. The game was revealed as a kind of spiritual successor to the Mega Man series of games and received funding through the crowd funding website, Kickstarter. The game shattered its funding goal back in 2013 and was expected to be released in mid 2015, but then it was delayed to late 2015. It was then pushed back even further to early 2016, and now has been delayed even further back into the second quarter of 2016.

So the first question that should probably be answered is, how could this happen, how could a game be delayed like this? The answer to this question varies greatly in a case by case basis, but in MN9’s case, I believe that the development team got a bit too ambitious and bit off more than what they could chew. This game is being released on essentially every platform and has a wide range of bells and whistles that I do not think the creative team was expecting to have put in. A lot of these extra features were stretch goals, additional items on the Kickstarter that are only added if additional funds are received, and I am pretty sure the development team was not planning receiving as much money as they did and having to add these extra features. 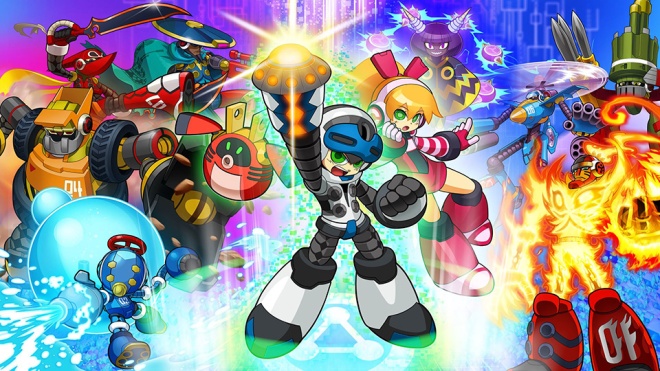 It should also be noted that it is fairly common for video games to be delayed or cancelled all together. For me the first one that comes to mind is Capcom’s Deep Down, but it is a bit different when a Kickstarter funded game is released. A Kickstarter game is being created directly with player’s donated funds. A bunch of gamer’s give the perspective creator some money, they make the game, and then the public has the opportunity has the chance to buy the game and if you donated you generally receive some kind of perk or reward. When a Kickstarter game is delayed it causes the people who donated money to the project, or I suppose they could be called investors, to loose faith in the project and perhaps regret their investment.

So yeah, people are pissed off at MN9. Justifiably if I can add my own opinion. The bigger issue that results from this unfortunate situation is that people loose faith in Kickstarter video games. When very publicized problems and let downs like these occur, it makes it seem as though games that are trying to be funded through crowd funding are not good investments or worth the money. Even worse, it makes the people who are trying to make these games seem like cheats. While people have been ripped off by Kickstarter campaigns in the past, and most definitely will be in the future, some truly great games have come out of this method of funding. Shovel Knight and Undertale are two incredible and refreshingly different games that were both created through crowd funding and are regarded as some of the best games to come out recently and really validate the funding method.

I personally believe that the video game industry is entering a kind of revival right now, and that crowdfunding is the medium through which that revival can occur. Right now, most major game publishers and studios are making games with very similar mechanics, like some kind of shooter/rpg. They are making these games because they are incredibly popular right now and tend to sell very well, making them a lot of money. Crowdfunding allows developers to make less common and more unique and creative games. These projects not only bring back some practically abandoned genre of gaming, but also help validate the medium as a creative and artful. While Mighty No. 9 Might be bringing crowdfunded games down right now, I definitely think they are the future of gaming.

That just about does it for this installment of Game Grind. I hope you liked it and really appreciate the viewing. If you want to stay up to date with this blog, you can subscribe in the upper right tab with your email. Alternatively, you can stay up to date by liking the official BaddaBing BaddaBlog Facebook Page, or by following me, @LucasDeRuyter, on Twitter. Have an awesome rest of the weekend and be sure to come back here on Monday for the next installment of Manga (And Also Anime) Monday.