Happy Saturday BaddaBing BaddaBlog readers! We’re the holidays kind to you? I hope they were and want you to know that I’ve had a great past couple of days. However, it is most definitely time to get back to work and bring you the news and opinion. This is Game Grind, the place where any and everything video game related is examined with both steely and jovial eyes. Today’s article is quite hilarious to me, but infuriating to many other gamers. Steam was broken.

For those of you who are unaware, Steam is a software where people can purchase and play videogames on their personal computer. Steam also allows individuals to publish and sell games on Steam. Essentially Steam is to video games what Amazon is to eBooks. Well, at least it usually is. Yesterday afternoon for a period of about an hour, Steam users who were trying to log into their account found themselves being signed into other users accounts instead.

While this may not seem like a colossal issue, it’s actually fairly terrifying to a large number of people. As money does change hands via Steam, accounts are linked to people’s credit and debit card information as well as individual’s pay pal accounts. What happened yesterday is comparable to people accidentally being able to sign into other people’s Amazon or Apple iStore accounts. 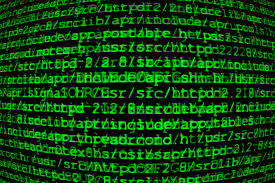 While Steam currently is working and the issues have been fixed, the next logical question is, “how did this happen?” Well, according to Steam management, a configuration change to the website earlier that day resulted in a caching issue allowed some users to be randomly signed into other users’ accounts. Steam also believes that this issue has been completely resolved and that no information was wrongfully taken.

Public opinion to Steam’s response to this issue has been fairly mixed. On the one hand, Steam’s management did close the Steam store, the place where monetary transactions actually take place on Steam, shortly after this incident began. On the other hand, the entirety of Steam was never completely shut-down during this incident which still gave people the opportunity to view and potentially steal other’s information.

I do not have a steam account, so I’m able to look at this incident with quite a bit of detachment. Other members of the gaming community rave about Steam and I personally find it a bit funny that a company that usually has all of it’s shit together can make such a colossal and PR damaging error. This event has also allowed me to come to certain realizations.

It is incredibly peculiar and potential detrimental that  there is only really one place to buy and sell digital games over the internet. Perhaps there are a few different region specific websites that I am unaware of, but nothing really rivals Steam’s size and accessibility. This could be actually be a pretty big problem. Normally when a business messes up like this there are genuine consequences. People could close their accounts on this website and open one’s with a comparator or people thinking about getting into online gaming would explore different options. However, this cannot really be done with Steam as it exists now, as it is more or less a monopoly .

Steam’s parent company, Valve, has also been criticized in the past for practices that are common amongst businesses that have become a monopoly. Steam’s customer support is horrendous. If a customer finds them self locked out of their purchase library or unable to use a redemption code, more often than not they are out of luck and unable to receive help from the company. This year, 2015, Valve actually received an “F” from the Better Business Bureau due to the large number of complaints that have been lodged against Steam.

As impossible as it may seem, an alternative to Steam needs to arise in the near future. While console gaming is an option to many of Steam’s users, console gaming does not have the same accessibility that Steam has to independent developers and game creators. There needs to be another online place where new and independent games can be published and purchased, and until there is Steam is going to continue to engage in poor business practices and the gaming industry and community is going to continue to be less than what it has the potential to be.

That got a little more serious towards the end than I originally intended, but it still needed to be said. That just about does it for this weeks installment of Game Grind. If you enjoyed it please leave a like or a comment down below, it’s really appreciated. If you would like to stay up to date with BaddaBing BaddaBlog, you can do in the upper right tab via your email. Alternatively, you can like the official BaddaBing BaddaBlog Facebook Page or by following me,  @LucasDeRuyter, on Twitter. I hope all of you have a great weekend and be sure to come back Monday for the next installment of Manga (And Also Anime) Monday.