Happy Saturday freaks and geeks! This is Game Grind the place where we dive into the many different aspects of the video game industry. So buckle up, strap on your Nintendo Power Glove, and get ready for some pixelated knowledge.

I’ve talked Mobile games a few times in this segment before. I usually refer to them derogatorily and say that I will elaborate on my views of them at a future time. Well, welcome to the future! Today I’m going to describe exactly why I dislike mobile games and why I think they are bad for the industry. Mobile games are bad for gaming because they are poorly regulated, have a poor business model, and because a majority of them are just awful games. 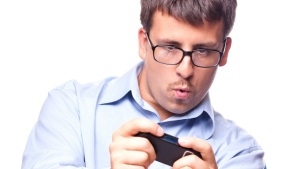 Mobile games really do not have to meet any form of quality or industry standard. This could potentially be a good thing creativity as it could allow developers to make games about subject matter that has a difficult time finding its way into mainstream gaming platforms. But instead people make mobile games about Kim Kardashian. 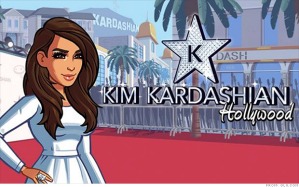 Yeah, I think I’ve made my point on this one.

You have probably heard of the term “freemium” in reference to mobile games before. Freemium means that a game is free to play, with the option to spend money to do things like level up your character faster, give you more power ups, or skip levels all together. You know how you could enter the konami code into Contra and that would give you thirty lives? Freemium is basically exactly like that, except you would have to put an extra five dollars into the machine. This money making strategy in itself is not terrible, but more and more games are being released that practically require players to spend money in the game to get any progress. Moreover, same games even target individuals with addictive personalities so that they pay even more money toward the game, similar to how the alcohol industry makes most of its money from alcoholics. See the South Park episode “Fremium Isn’t Free” for more information on this deplorable practice.

The last point in my argument is easily the most subjective. While I do believe that the quality of mobile games is worse than that of other platforms, I will admit to having played and enjoyed several mobile games. The series that first comes to mind is the tower defense series “Kingdom Rush”. However, aside from a few gems, I truly believer that many mobile games are of a poor quality. This most likely stems from the fact that literally anyone can make a game and, so long as it does not blatantly violate copyright laws or terms of service, can upload it to an app store. This should mean that the video game industry is becoming more inclusive and open, but what is happening in actuality is that a lot of sub-par games are being made.

In short, I think that mobile gaming is very much in its infancy right now. There is a lot of potential there, but it’s not going to grow anywhere until it grows up a little. In order to do this, some form of regulations should be added to the mobile gaming industry to prevent people from performing poor business practices and from blatantly ripping off other properties. However, the biggest change that needs to be made in the mobile gaming world, is that people need to stop playing bad games. If everyone stops playing and spending money on crappy freemium games, the industry is going to change and progress much more quickly.

That just about raps up my rant/explanation of mobile games. I made some pretty controversial claims and if you have any strong feelings about them go ahead and leave a comment down below. While you’re there you could also like this post and perhaps even subscribe via email in the tab in the upper right corner of this page. You can also follow the official BaddaBing BaddaBlog Facebook Page for regular updates or my Twitter account, which is @LucasDeRuyter. I hope you enjoyed this post and be sure to stop by tomorrow for Politics, Politalks; we’ll be talking about John Boehner resigning and what that could mean for the immediate and long term future. See you then.