Happy Monday BaddaBing BaddaBlog readers! 4B is back and (hopefully) better than ever! Once again, I’m terribly sorry for the hiatus and hope these next few posts more than make it up to you. To kick off these redemption posts  (wow, that actually sounds kinda badass) here is an installment of Manga (And Also Anime) Monday. In these segments we explore the wide, wonderful, world of Japanese media and the culture around it. Today’s post is going to focus on the latter of those parts, by exploring the incredibly popular and impressive hobby/career/activity that is cosplay. 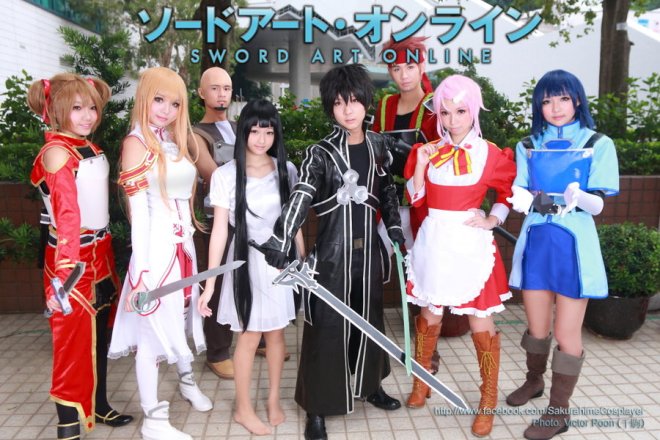 Cosplay, as it is defined in a brief google search, is “the practice of dressing up as a character from a movie, book, or video game, especially one from the Japanese genre of manga and anime.” This definition is actually pretty accurate. Cosplay is essentially super-mega-ultra-intense dress up. If that sounds like a mockery of the practice, it is by no means meant to be. Cosplay involves individuals handcrafting the extremely complex and often preposterous ensembles of fictional characters. This requires an incredible amount of time, energy, and skill; and it is no wonder that this activity has evolved into a greatly respected hobby or a professional career. 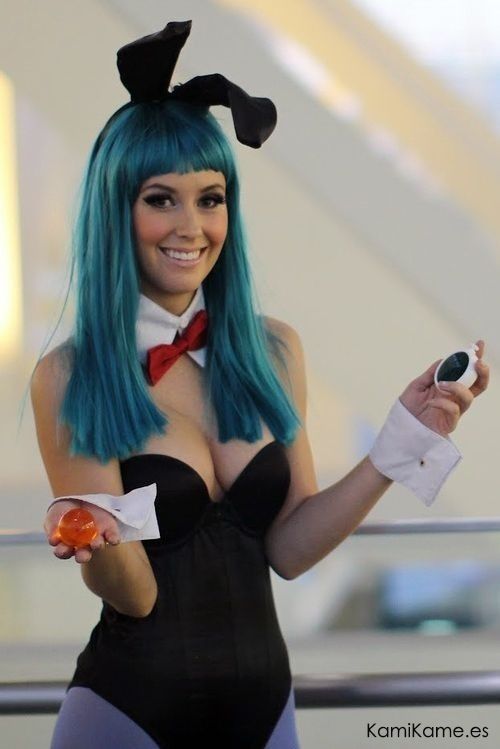 (Pictured above is cosplayer and internet personality Meg Turney.)

Cosplay has grown into the massive phenomenon that it is today, mostly due to the mentality behind the practice. Cosplay is, in a lot of ways, a labor of love.  Through cosplay, people connect more deeply with the character and story that they are bringing to life. Nobody would put the massive amount of work that is necessary, into this hobby if they did deeply appreciate the character they are representing. Each and every instance of cosplay can be taken as an expression of love for the character and work that they are embodying.

As cosplay’s popularity has grown exceptionally over the past decade or so, people have risen to fame due to the activity and can be considered the face of modern cosplay. These professional cosplaiers are masters of their craft and all but completely breakdown the barrier between fiction and reality. Some of these noteworthy figures aaaaaaaaaaare:

Jessica Nigri. Ms. Nigri is probably one of the most famous modern cosplayers, and for good reason. Not only does she make truly astounding costumes, but she also has a magnificent personality that makes her both lovable and admirable. I personally am a huge admirer of Ms. Nigri and her works and am grateful to her for the astonishing creations that she has crafted during her career.

Alodia Gosienfiao. Ms. Gosienfiao is perhaps one of the most famous and recognized cosplaiers in the world. Her works are incredibly impressive and she has been bringing cosplay to a wider audience since 2003. She has contributed more to the world of cosplay than perhaps any other, and will undoubtedly continue to make the practice even more respected in the future. 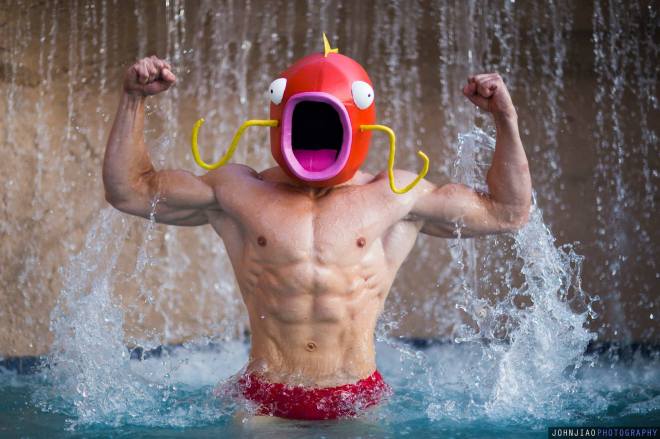 Sev. I had to include this DC area cosplay. With one of the simplest costumes ever constructed, this man  has generated a massive amount of interest in cosplay and will forever be an internet meme. Also, who among us would not want this Magicarp on our team?

That just about does it for this installment of Manga (And Also Anime) Monday. Thank you so much for reading and I hope you enjoyed it. If you liked it, please give it a like and if you leave a comment below I will be sure to reply to you. If you would like to keep up to date with this blog, you can subscribe via email in the upper right tab. Alternatively you can like the official BaddaBing BaddaBlog Facebook Page or follow me, @LucasDeRuyter, on Twitter. I hope you all have an awesome week and be sure to come back here on Wednesday for the next installment of Pop Culture Wednesday.

Manga (And Also Anime) Monday: All Work and No Cosplay, Makes Jack a Baka Onii-San