Good morning BaddaBing BaddaBlog readers! Or, if you had a little too good of a New Year’s, good afternoon! This is Game Grind, the place where everything relating to the video game industry and gamer culture is written about with vigor. I’ve noticed that a lot of news outlets use this time of year to talk about some of the best aspects of the previous year or even repost some of their previous stories with a “Best ___ of 2015” moniker. I could do something like that, but instead I’m going to look to the future, like a boss! Here are some games that are coming out in 2016 that I am definitely going to play. 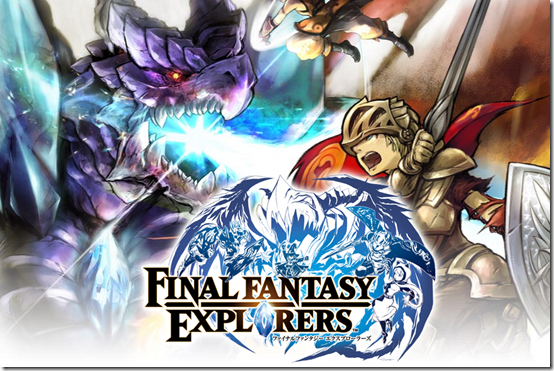 Final Fantasy Explorers is a Final Fantasy spin-off title for the 3DS.The game play will consist of all of the long time FF staples, and a combat system reminiscent of Monster Hunter. It also has an interesting feature that allows monsters you have defeated in battle to join your party and help you beat up other monsters. So it’s basically Final Fantasy mixed with Monster Hunter, mixed with Pokémon. If I have to explain why that’s awesome…..why are you even reading a blog post about video games? (Also the game lets you play as fan favorite FF characters, so that’ll be fun.) 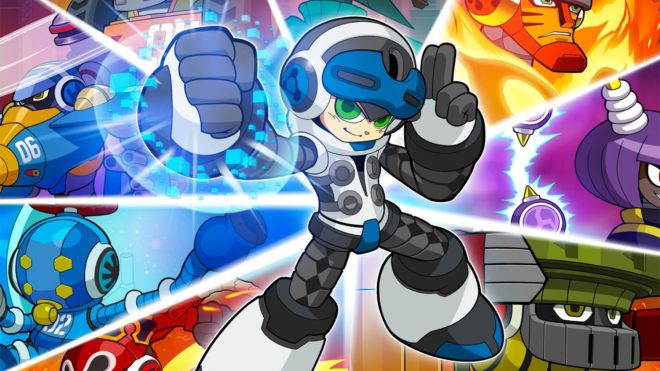 Mighty No. 9 is the spiritual successor to the original Mega Man games and is being released for nearly all gaming platforms. The game originally received funding when Mega Man’s producer, Keji Inafune, started a Kickstarter for the project, but has since been picked up by some major publishers and development studios. The game promises a return to the original Mega Man gold standard and that promise alone has me sold. 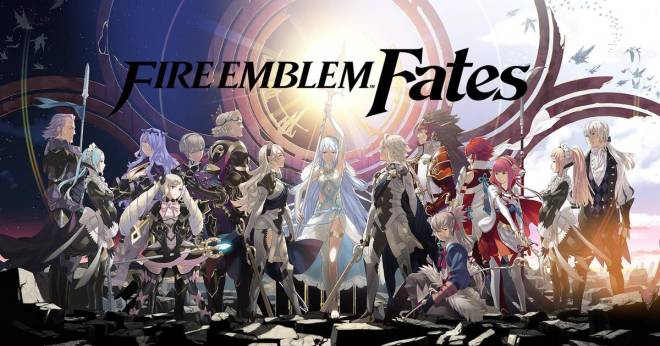 Fire Emblem Fates is the next installment in the Fire Emblem franchise and is coming to the 3DS. It promises to be as fun, intricate, and challenging as its predecessor, Fire Emblem Awakening, in addition to having a more compelling story. The game’s been out in Japan for a while and I’ve only really heard good things about the latest FE game. If you like turn based strategy games as much as I do, this game looks to be everything done right in a JRPG. 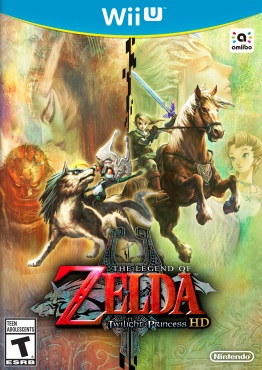 I have a confession to make to all of you. I have committed a Nintendo fan cardinal sin, I have never played some of the console Zelda games. Yes, go on, shame me. I disserve it. Thankfully though, Nintendo has given me a chance to redeem myself and is re-releasing Twilight Princess for Wii U. There is also going to be a very cool looking Midna/Wolf Link Amiibo that, by the sound of it, will release extra content on the upcoming Zelda Wii U project. Now all I have to do is play Skyword Sword and all of my sins will be forgiven! Although, I have it on pretty good authority that I don’t really need to play Skyword Sword. 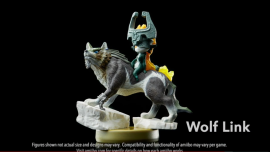 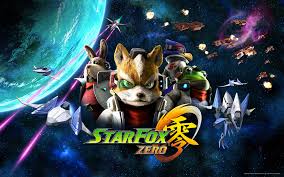 You know how Zero Suite Samus is known to most young players as “the hot chick from Smash Bros.”? Well, Fox and Falco are dangerousaly close to becoming the furries from Smash Bros., seeing as a new, non-remake game has not been seen in the series since 2006. Thankfully, a new entry is coming to arguably the most popular rail shooter ever, in the form of Star Fox Zero for the Wii U. The game looks like a return to form for the series and seems to have a fun blend of action shooting and puzzle solving. I’m so excited I could…….DO A BARREL ROLL!!! (Yeah, that was lame even for me, sorry.)

Release Date: April 21st for Japan, April 22nd for the US, and sometime in April for Europe.

This dark, anxiety inducing turn based RPG/dungeon crawler is coming to both PC and PlayStation 4. This Indie gem was well received on Steam during its early access period. This game seems like a new spin on the RPG genre and I’m sure I’ll enjoy its dark and gothic motif. 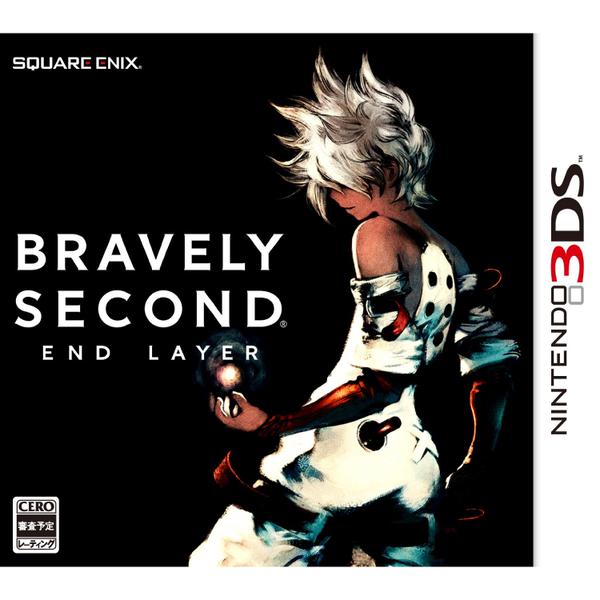 I freakin’ love Japanese Role Playing Games (JRPGs) and turn based strategy games. I know they are not for everyone, but they are most definitely for me. I was elated when I discovered that one of my favorite JRPGs from this generation was getting a sequel in the form of Bravely Second: End Layer for the 3DS. The original Bravely Default set the standard for what a modern turn based strategy game should be and I cannot wait to see how it expands on the original’s charming and imaginative universe and story.

Release Date: Already out in Japan, February 26th for Europe,  February 27th for Australia, and sometime in 2016 for North America. 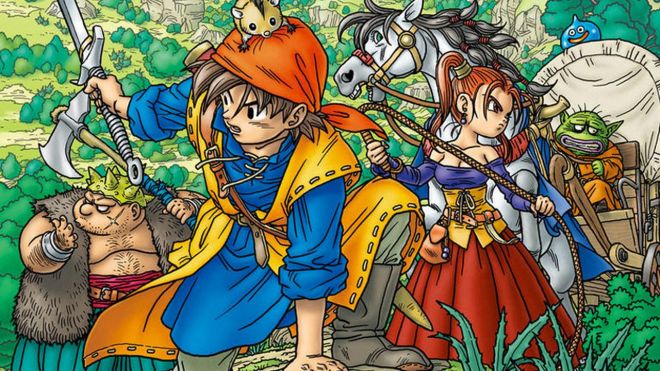 Dragon Quest is a franchise that is arguably on par with or exceeds Final Fantasy in terms of quality and scope. These are two fan favorite titles of a series that I have yet to spend much time with so I’m looking foreword to experiencing these remakes for the first time on the 3DS.  Also, all of the artwork is either created by or done in the style of Akira Toriyama, the guy who created Dragon Ball. So it’s already awesome.

Release Date: VII in the Summer and VIII sometime in 2016 after that.

It is difficult to express how much I want to play this upcoming PlayStation 4 and Xbox One title. I bought the mostly sucky HD version of Final Fantasy Type Zero just so I could experience this game’s demo and it was marvelous! For years the FF franchise seemed to be on a down swing and only since the release of Final Fantasy XIV: A Realm Reborn has the core FF series begin to climb back to its former glory. I believe that FF XV will solidify Final Fantasy’s place at the forefront of modern gaming, where it deserves to be.

Release Date: sometime this year (hopefully, it’s been in development for like seven years). 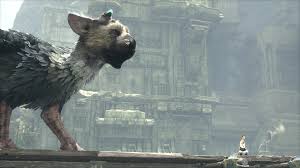 This is a beautiful game where you solve puzzles with the help of a giant bird/dog/cat creature and it draws upon elements from The Shadow of the Colossus. Nothing more needs to be said. Oh, wait, there is one more thing; it comes out on PlayStation 4. So go out and buy a PlayStation 4 before this game comes out.

The Legend of Zelda: Wii U (tentative title) 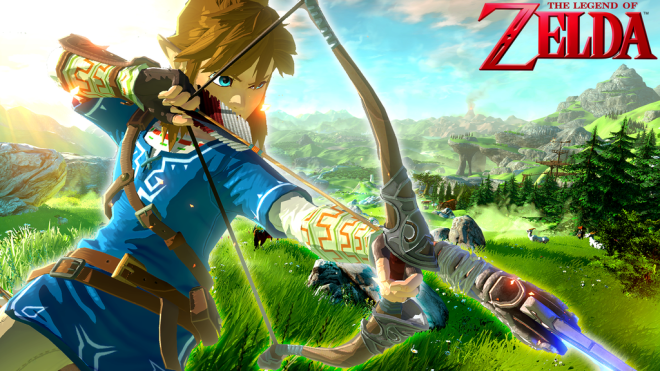 Very little is known about the next installment in the Zelda franchise. We don’t even know for sure that it’s coming out on the Wii U! However, it has been described as the most open Legend of Zelda title yet, and as a mix between Skyrim and The Legend of Zelda. That promise alone makes this game a guaranteed buy for me. 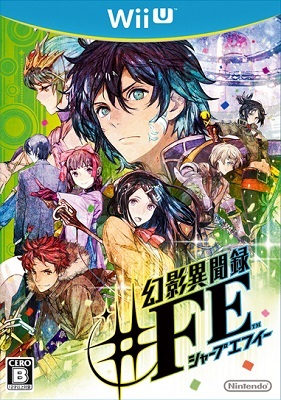 This game is going to be a hot Japanese mess. And I, as a proud Otaku/Weeb, am going to revel in it. It’s going to be coming out on the Wii U and is either going to be very good or so bad that it’s good.

Release Date: Already out in Japan (lucky!) and sometime in 2016 for the rest of the world.

Finishing up this list is the chibi style final fantasy game that looks to be as adorable as it is cliché. This game is similar to FF Explores in that it has players befriending and fighting alongside monsters, but is different in that the game play is turn based and utilizes Final Fantasy’s classic Active Time Battle system. Will this game be the best video game in 2016? Probably not, but it will be pretty amazing to see and interact my favorite Final Fantasy characters and monsters in such an adorable art style. I’m definitely going to add this to my PlayStation 4 library (sorry Vita).

Alright, those are my must buys in gaming for 2016. Ugh, my wallet hurts. Did you see anything you like? Do you have any questions about any of the titles? Do you want to know why any of your picks didn’t make the list? Well feel free to ask these questions and any others in the comments down below and I’ll be happy to get back to you. If you’d like to be informed when new content is posted to the 4B blog, you can do so by: subscribing via email in the upper right tab, liking the official BaddaBing BaddaBlog Facebook Page, or by following me, @LucasDeRuyter, on Twitter. I hope you all have a great New Year’s weekend and be sure to come back here on Monday for the next installment of Manga (And Also Anime) Monday.