Happy Tuesday BaddaBing BaddaBlog readers! I know I don’t usually post anything on Tuesdays, but a lot of my professors decided to make a bunch of coursework due right before the Thanksgiving break, making my schedule a bit irregular lately. I could have haphazardly posted something yesterday, but the subject matter I wanted to write about merits both extensive time and effort. I apologize for the delay, but I promise that this post will be worth it. Today, I am going to attempt to convince everyone reading this that they should read the manga series Tokyo Ghoul post haste. 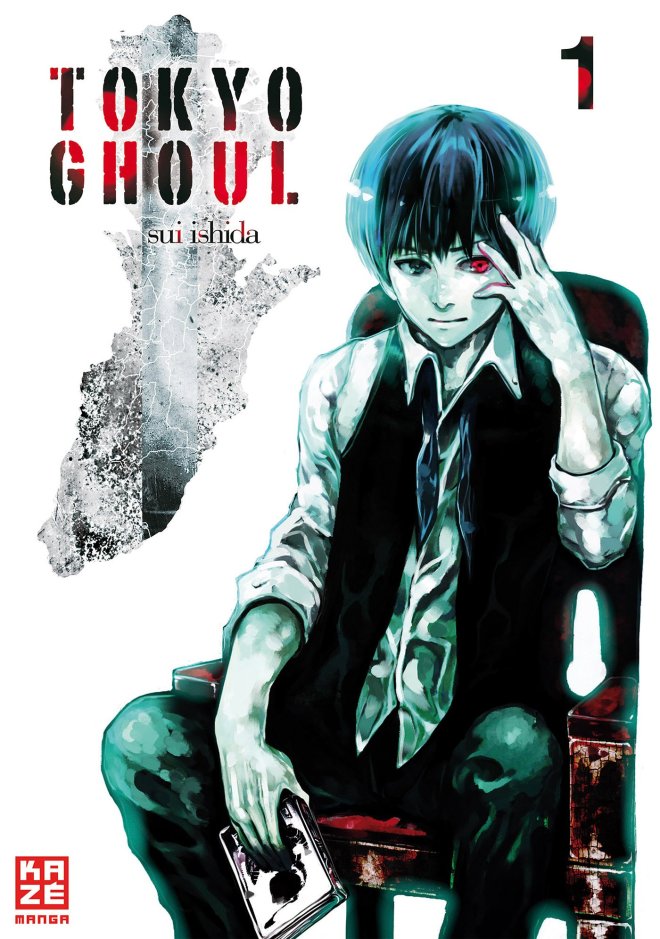 Tokyo Ghoul, and its squeal series Tokyo Ghoul: Re, is an manga and animated series created by Sui Ishida. The story follows the main character Ken Kaneki, a typical college student, as he basically goes through progressively shittier things. Without spoiling anything that isn’t established in the first chapter, Kaneki lives in a world that is inhabited by ghouls. Ghouls are monsters that look and act exactly like people, except they can only eat human flesh and can grow unique appendages that allow them to more easily hunt humans. Kaneki’s story begins when he unknowingly goes on a date with a ghoul, she tries to kill and eat him, but he is miraculously saved  when overhead construction girders fall on the and kill her. When he is taken to the hospital, as a last ditch effort to save his life, the doctors transfer the organs of the ghoul that tried to kill him into Kaneki, thereby making him a ghoul/human hybrid. 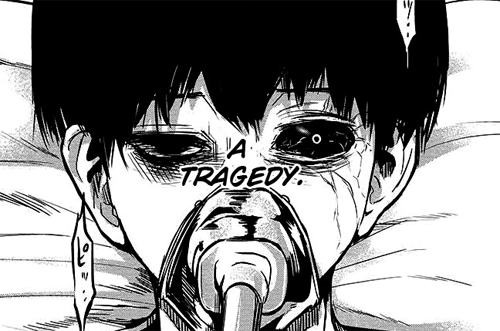 I really cannot understate how good this seinen manga is. It masterfully uses storytelling devices like foreshadowing and symbolism. Events that do not occur for  hundreds of chapters are hinted at within the first ten, and that the events of this story parallel the tarot card story is as impressive as it is interesting. While Tokyo Ghoul incorporates these elements into its story, it also manages to make insightful points about the nature of monstrosity, what it means to live an ethical life, finding meaning in life, and what it means to be human.

Tokyo Ghoul’s characters are ultimately the greatest aspect of the work, however. Each character is infused with depth and development. At this point in the series, there does not exist a single character that has not undergone some sort of change or growth. This truly makes them feel alive and gives the reader a sense of gazing into a wholly for  world. The depth of each of the characters and world that they reside in adds substantiation to the vast meanings and symbolisms that Ishida-san has created in this story. 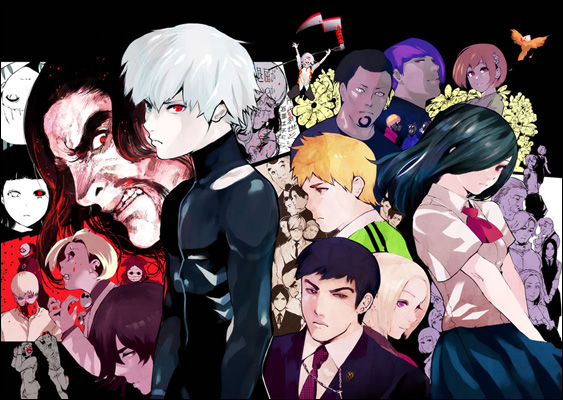 I cannot recommend reading Tokyo Ghoul enough to anyone who is even vaguely interested in anime or manga, however I cannot stress how important it is that you READ it, not watch the anime. The anime, while decidedly decent, changes a lot of what made Tokyo Ghoul great in the first place and does not have anywhere close to the same impact as the manga does. Also, they tone down the violence and gore, like a lot. And super poorly to boot. The anime is by no means bad on its own, but compared to the almost unparalleled awesomeness of the manga, it’s borderline un-watchable. I implore you read Tokyo Ghoul, if not only for your sake, then for mine. I desperately need someone to geek out with over how good the last couple chapters have been.

Alright, I could literally write over a thousand words about how good TG is, but this seems like as good a place to stop as any. If you enjoyed this post please like it and if you would like to know where exactly you can read Tokyo Ghoul, leave a comment down below and I’ll hook you up. If you are interested in following 4B, you can do so in the upper right tab via your email. Alternatively, you can stay up to date by likeing the official BaddaBing BaddaBlog Facebook Page or by following me, @LucasDeRuyter on Twitter. Have a great Tuesday and be sure to come by here tomorrow for Pop Culture Wednesday.