Happy Sunday BaddaBing BaddaBlog readers! This is Game Grind the place where we discuss and analyze anything relating to video games as both a medium and an art form. I’m terribly sorry for not having this up yesterday, I became crazy busy and was unable to find the time to make this post as great as it deserves to be. I know that’s a lame excuse, but it’s supposed to be more of an explanation. I promise to make article even more kick-ass to make up for the delay. Actually, that shouldn’t be too hard with Today’s topic.

Activision Blizzard is probably making a Call of Duty Movie 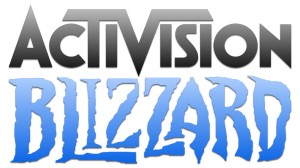 Activision Blizzard recently announced that they had acquired a film and television studio and were planning on releasing a Skylanders TV show and a Call of Duty movie franchise. You can read more about the announcement and press conference itself over at Screen Rant. A Skylanders show actually makes a lot of sense for one of gaming’s largest company’s. It seems like Skylanders is for kids today what Pokemon (or Digimon, I guess) was for me as a kid. However, a Call of Duty movie is just, not even anywhere near good idea. This is because video game movies always, literally always, tank, there is very little to work with narratively, and there are so many other franchises that would make for better film adaptations.

There is no movie based on a video game that possesses a Rotten Tomatoes score higher than 36%. Seriously, there are a couple dozen video game movies and not one of them has broken 40% on RT. Sure, a couple of them have made money, like the Resident Evil movies, but video game movies are widely considered to hurt whatever property is being transferred to the new medium. So, not only do I not want a Call of Duty movie to be made, I don’t think fans or the creators should necessarily want on either. 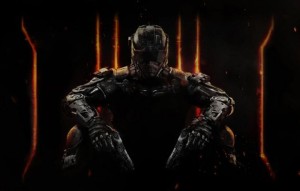 The Call of Duty series doesn’t have a whole lot to adapt even. From a narrative perspective all of the games are very “meh” at best, with the original Black Ops. being the sole, but still lackluster, exception. There really is not anything they could put in the film to make it a Call of Duty movie, besides having that in the title. I suppose they could shoot the whole movie in POV……..but we all know that that’s not going to happen.

However, there are a LOT of games that do not have this narrative issue and would be able to transfer to film pretty easily. The Nathan Drake games immediately come to mind. It would be almost exactly like the Indiana Jones movies, but with more parkour.  I also think it is high time we try to redeem Mario’s name in the film industry by actually releasing a good film (or at least a mediocre one) that is related to that property. And don’t even get me started on Metal Gear Solid and how easily that series would transfer to film. Actually, if anyone in Hollywood want’s to get me started just a little bit, I’ve been sitting on a script for that movie for almost a year and could totally hook up anyone who’s looking.

Activision Blizzard is slowly becoming the biggest company in the gaming industry. That is definitely a mixed bag and their works transferring to other mediums is a microcosm of that. A Skylanders show would be brilliant and a Call of Duty movie would be the exact opposite. I hope to be proven wrong in a few years when the movie comes out, but I very much doubt I will be.

Alright guys, that just about wraps up this rare Sunday installment of Game Grind. If you enjoyed it please leave a like or comment down below and maybe even subscribe via email in the upper right tab. Also be sure to check out the official BaddaBing BaddaBlog Facebook page and follow me, @LucasDeRuyter, on Twitter. Have an awesome Sunday everybody and be sure to come back tomorrow for the next installment of Manga (And Also Anime) Monday.