Good morning and happy Wednesday BaddaBing BaddaBlog readers! This is Pop Culture Wednesday, the place where all aspects (at least the ones I can think of) of western media are examined! Except for video games, that’s kinda Saturday’s schtick. I no longer feel as though the Reaper has me in a one handed Darth Vader choke of death, so I’m ready to give this post my A game.

So I’m in college for a Political Science and Communications double major. As part of getting the Comm. degree, I have to take at least one course in the Radio, TV, and Film track of the Communications program. I’m in that class now and yesterday we talked about everything that is wrong with modern media. As I sat in that class and listened to the professor talk for nearly an hour about how creativity is slowly dying under the current media formats, how people are putting making money over making art, and how the industry is currently an oligarchy and is slowly lumbering toward a monopoly; I could not help but agree with her.

There is no doubt that, from a creative standpoint, the television and film industries are not doing well at all. However, I believe that they are far from apocalyptic and that some incredible works of art have come out of the current system. By no means do these few jems totally redeem or save the current media landscape, but at the very least they prove that quality, original media still exists. 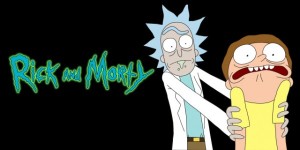 I’ve said it before and I’ll say it again, Rick and Morty is my jam! This program manages to be both nihilistic and heartwarming while also guaranteeing to make the viewer laugh and cringe. Is the show completely original, yes and no. While the show’s tone and wackiness do feel fresh and unique, it’s background comes from parody and its plots are usually just a more realistic spin on common science fiction tropes. While it is debatable whether or not Rick and Morty is origional, even though I would persist that it is, it is undeniable that the show is a work of art of the highest caliber.

There are people out there, both hipster and non-hipster, that will tell you that the music industry is infested with sellouts and insincerity. They say that every popular or successful musician or group only got there by pandering to the lowest common denominator and adopting a persona designed to make them at least infamous. These people also preach that the only “real” music left is on the Indy. scene. To which I usually reply “Have you heard of goddamn Gorillaz!??” Seriously, this group of cartoon characters has managed to find mainstream success an remain consistently popular, despite the handicap of not actually being real. I don’t even know how the guys behind this have even been able to keep the lights on, as the modern music industry relies mostly on live performances for revenue and it is extremely difficult and expensive for Gorillaz to do that. This band and the guys behind it are awesome and they prove that you can be successful in any industry without compromising your artistic integrity.

I tried talking about this movie before, but half my work got deleted so that post was cancelled. So instead I’ll talk about Mad Max: Fury Road now. This movie should not be good. This movie should not even have been made! Even Hollywood executives, whose end goal is solely to make money, are starting to realize that rebooting and remaking popular or semi-popular franchises is not the best idea. Nearly all of these rebooted movies suck. 99 out of 100 of them are mediocre (like this post of you get the reference) to bad. Mad Max: Fury Road, however, is that 1 in 100 rebooted movie that is actually good. Actually that’s an understatement, this movie is a masterpiece that will forever echo throughout both cinematic and human history. I know that it is impossible for any work of art to be perfect, but Fury Road gets as close to perfection as what is possible. I have to get around to writing a post dedicated to this movie because it deserves at least 800 words singing its praises. In short, yes it is a squeal, yes it is a reboot, it is a lot of things that are bad about Hollywood right now, but it is also one of the best movies to be made in a long time.

So, yes, there are totally a lot of major problems plaguing media today. But, that does not mean that there are not scores of good things happening in media as well. It is man’s inherent nature to focus on something’s poor qualities because that is how they get addressed, corrected, and becomes better. However, that does not mean the positives of the current media industry should not be addressed as well. If we only focus on the negative all of the time, eventually people are going to become so disenchanted that we give up on fixing those problems and they are left to fester and grow. You need to take the time to appreciate the good things, this is true both when it comes to media and in life.

Alright, that about does it or this weeks installment of Pop Culture Wednesday. If you enjoyed reading be sure to like the post and leave a comment down below. If you would like to subscribe to BaddaBing BaddaBlog, you can do so via email in the right-side drop-down tab. You can also follow the 4B Facebook Page, and follow me, @LucasDeRuyter, on Twitter. Have a kickass Humpday and be sure to come back Friday for News for the Mighty, News of the Week.